As far as Christmas music goes, you’re never going to find one this year, as honest and grounded as Tom Tikka & The Missing Hubcaps’, “Just Like Xmas (Love Is War). The close and personal project subverts traditional expectations of the genre while still delivering the warmth most holiday music wants to achieve. It’s a textured and true seasonal original gem that is both joyful and a little sorrowful. You either love it, or totally adore it. In a season dominated by overworked cloned mush, “Just Like Xmas (Love Is War), presents one of the most refreshing holiday songs around right now. 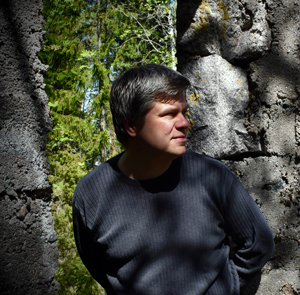 The song was born out of an afflicting period for the Finnish singer-songwriter, who elaborated on its inspiration: “This was a time of great stress for me, as I was going through a divorce. It was my first Christmas alone without the kids, and I have never felt as sad and out of sorts as I did then. I had a little miniature Christmas tree on a chest of drawers I’d had since childhood and a bottle of Jim Beam to lift my spirits. To make the time go by faster, I picked up the guitar to play some Christmas tunes. I went through quite a few old standards before a grain of an idea for “Just Like Xmas (Love Is War)” started playing in my head.”

As usual, the “grain of an idea” in Tom Tikka’s head, quickly grew into a mountain of creativity. “Just Like Xmas (Love Is War), took shape to include rich harmonies, lushly layered strings and Beatlesque horns. The Beatle connection doesn’t end there, as the song itself is also an ode to John Lennon, with the artwork paying homage to Lennon’s classic, “Happy Xmas (War Is Over).”

Surprisingly enough, few contemporary rockers are more of a natural fit for Christmas music than Tom Tikka, who not only already leans toward songs filled with bells and whistles, (not in the literal sense of course!), but is also a brilliant writer of catchy singalong hooks, and an arranger of lavish musical constructions. In fact “Just Like Xmas (Love Is War) contains all of the aforementioned elements. 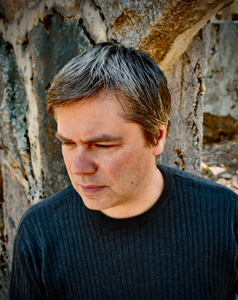 Tom Tikka is a truly gifted songwriter, instrumentalist and singer, all of which is evident in this song. But then again he has been down the road to earn his stripes. He was a member of Sony/BMG-signed Finnish band, Carmen Gray, and then went on to form his current group The Impersonators with poet Antti Autio, to which he has added the Tom Tikka & The Missing Hubcaps project.

There’s an alluring rustic simplicity that Tom Tikka captures in the warm and melancholic verses, before soaring into the choruses, where he sings at the top of the song.  While it’s not overly merry, it treats the origins of the season with a powerful, fully realized gravitas, as Tikka weaves his personal narrative into the Christmas theme.

In popular music, the Christmas song has long been a favorite cash-grabbing artists, looking to cynically shift units. Every year brings a new wave of artists trotting out phoned-in covers. Nobody seems immune to this scheme. Tom Tikka’s motivation for a Christmas song comes from a much deeper and purer place.