Music composer Mark Wind has scored numerous award winning films including the short ‘Voice in the Head’ and the British Horror feature: ‘The Apostate: Call of The Revenant’ (2015). Last year we had the pleasure of reviewing “A New Day”, a musical piece which can be heard during the opening credits of the documentary ‘Waiting’ for which Mark won a Best Score award. Currently Wind has a new album out, which is the soundtrack for the short film; “Te Makutu (The Curse)”, a New Zealand picture directed by Jonathan Zsofi Guy over at Zsofi Pictures. A multi award winning Production Company. 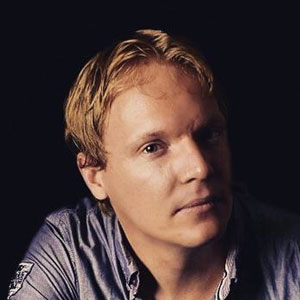 Mark Wind is, admittedly, a master at composing mood-inducing music. The music in this soundtrack stands on its own. You don’t need the visuals to appreciate this music, which is haunting, powerful, and comforting.

Built around a very powerful and ominous theme, the entire score, divided into 9 musical pieces, outdoes itself in some areas. This is not a non-stop exercise in ‘pretty-pretty’ music, like so many examples of soundtrack music these days. This score bursts with haunting excitement, prophetic action and premonitory bravado.

“Te Makutu (The Curse)” is a perfect example of how classical music can travel beyond our wildest dreams. The synopsis of the film is described as: “Two star-crossed lovers in colonial New Zealand incur the wrath of a deadly spirit that follows them into the present where they must decide between lives apart or love and death.” 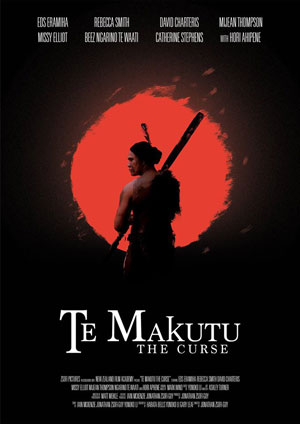 Using drums, horns and strings in very dramatic (and often surprising) crescendos, Wind attempts to perfectly illustrate nerve-racking emotional distress. He succeeds brilliantly in “Aroha” and “A Haunted Choice”, but it doesn’t stop there, though.

“Dreams Become Nightmares” builds upon that emotional distress, often reminding one’s self of those nerve-racking and oh-so-emotional moments we ourselves may have experienced. This eventually spirals downward into the foreboding gloom that is “Death On Our Heels”.

“No More Running” starts out with a glimmer of suspense and surprise – strings are at full blast, horns rise up and the listener is once again at the heart of this perfectly conceived force of spirituality. Weaving melodic and tense percussive tones in and out of each other in an almost silk-like fashion throughout the dramatically sung “Karanga” provides a stirring final juncture.

No, this isn’t an over complex score, but there are traces of Stravinsky’s non methodical flair in Mark Wind’s writing which is particularly appealing. What the soundtrack of “Te Makutu (The Curse)” does have, though, is the ability to touch us like nothing else.

And that’s what a soundtrack score should have – An ability to caress the human soul like no other musical style. So, sit back, relax, close your eyes, and be enthralled. Let your imagination go, especially on the opening track – “When Lovers Depart”, which represents probably the most accessible piece of writing and arranging on the entire album.

Although I have not seen the movie yet, I am very excited to do so after hearing this album. This music reminds me of why Mark Wind will probably become one of the most sought after independent composers in the film soundtrack business very soon.

Jason Bernier was born in 1978 in Longueuil, in the Montréal’s south shore, Québec. Coming from a