Nitray Grant aka Traylay is an artist who has transcended being ‘just a rapper’ to become an emcee with a mission. In other words, it’s possible to know who he is by simply hearing the sound of his voice. In the music business for over 3 decades, Traylay has retained his talent as a lyrical assassin. He has a tendency to come onto a track and kill it from verse one. It’s partly due to his distinctive voice, how good it sounds coming between the booming basslines and the hard-hitting beat of the drums. It also has a lot to do with his tight, explosive rhyming style and smooth as honey flow. A lengthy list could be made of the elements that are loaded into his skillset when Traylay enters a track and instantly destroys it. 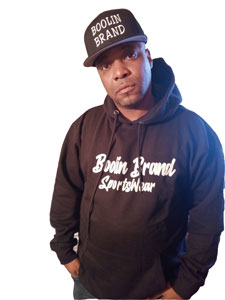 On his musical journey he has affiliated himself with a artists like Arlis Micheals, Moe Chipps (50/50) and Bristal (Junior Mafia), to name a few. He is currently working with Lbleobars (Dopemusicmonopoly/Reddteam).

Hailing from Brooklyn, NY, Traylay fell in love with music from a young age. He saw the success of day ones like Smif-N-Wessun and Duo Live. It was when he lost his uncle, Hollyrock, that Traylay went from being a keen listener, to picking up the mic with a vengeance.

Lyrically and metaphorically he is able to destroy his contemporaries, with his fierce attitude and combative spirit.  On his single, “Let’s Go”, Traylay’s attempt at blending a contemporary beat with his tenacious lyrical flow is drastically more successful than anyone else in his class, on just about every measurable level.

Even though the track is still somewhat under the radar, Traylay has created a project of inconspicuous excellence. His voice leaving an indelible stamp on the track.

Traylay embraces what has historically made Hip-hop releases special, while not shying away from keeping the music current. “Let’s Go”, is basically and inspirational track, telling the listener to never stop grinding and keep aiming for their ambitions. 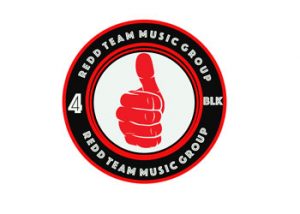 His advice is to know and understand your target, before preparing to hit it. It emphasizes the importance of maintaining a strong work ethic and making the necessary sacrifices to triumph.

“Let’s Go” is a clinic in hip-hop sound manipulation, both subtle and bombastic, creating a uniquely dark atmosphere without sacrificing any of the grit. Here Traylay exhibits his narrative ability, painting a meticulous picture, while the passion and urgency are palpable in his voice. It comes together as a rare piece of hip-hop perfection. There’s a clear vision to craft a mature, smooth sounding record, with a hard-hitting underbelly.

Hip-hop always has been fluid, constantly evolving and reinventing itself. And in our constant search for the next hot sound, some fans close their ears to the very sounds that laid the foundation. 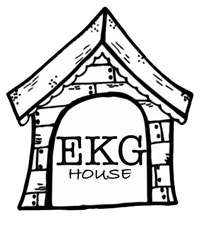 Traylay is able to blend both the new hot sound, as well as the foundational elements of the genre into “Let’s Go”. It is full of timely rhymes and a memorable beat while the rapper brings attitude front and center.

A refreshing break from the norm, “Let’s Go” stands out from today’s hip-hop with a mature sound and rare elements that make up the best of the genre. We don’t often see such driven tracks anymore. Strong and confident, there are no gimmicks or tricks in sight.

The message is loud and clear as Traylay gets set to take on the modern music industry face-on. His EP “V.S.O.P” is coming soon with beats from his in-house production team EKG House, and others. Be on the lookout for new music, new merchandise and more from Traylay.

Class is a 26 year old artist out of Brooklyn, NY, who has been working on

On “How You Do That”, the listener is introduced to a hypnotic flow with methodical magnetism

Radio Drive is an Alternative Pop-Rock project featuring Kevin Gullickson. Radio Drive
Allard is the solo project of guitarist, bassist, singer, and songwriter Jake
The beat on ‘Come Follow Me And We Ride’, the latest single
After wowing audiences across “The Codex” series of Christian Hip-hop albums, which
Solvan “Slick” Naim is an Award winning Algerian-American writer, director and rapper
This website uses cookies to improve your experience. We'll assume you're ok with this, but you can opt-out if you wish.Accept Reject Read More
Privacy & Cookies Policy